Standard by GreetBulgaria November 24, 2019 No Comments 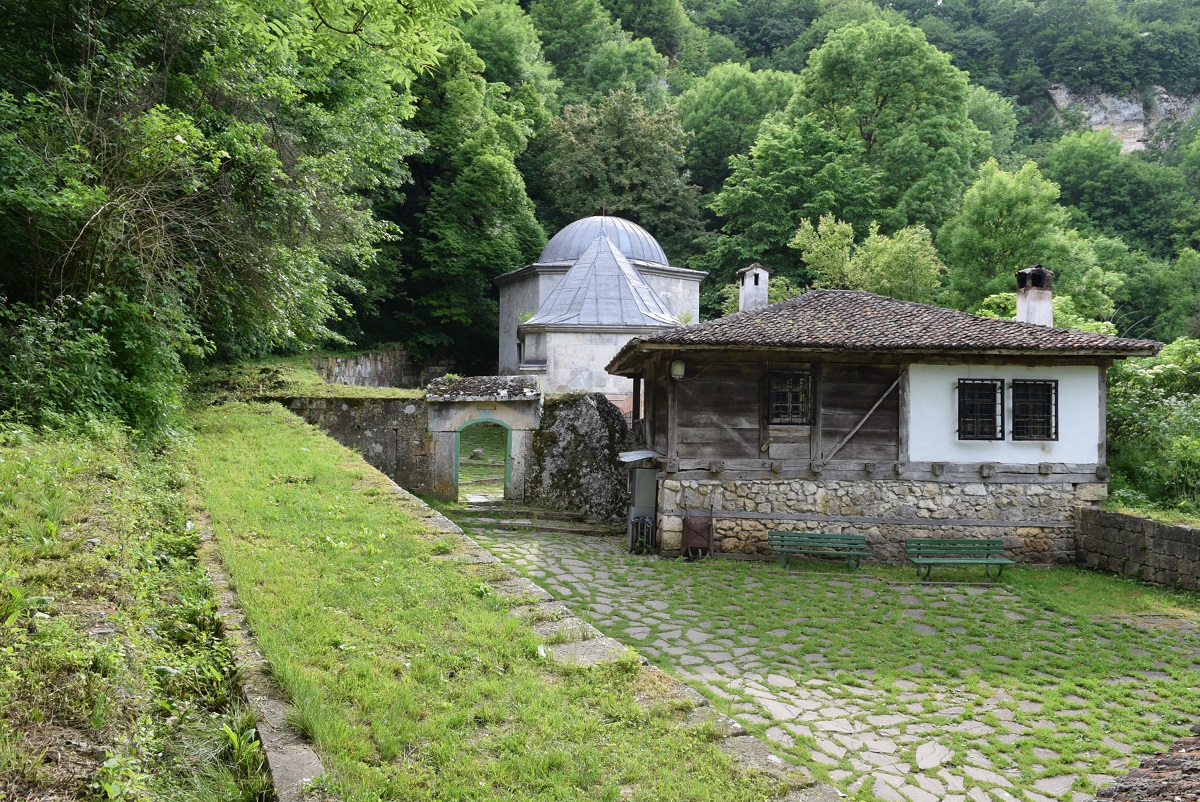 If you are visiting Sveshtari Thracian Tomb, you will see signs to Demir Baba Teke very close to the tomb entrance. So, after visiting Sveshtari tomb, make sure to visit this special place, believed by many to be an energy-loaded place curing illnesses and resolving problems.

How to Reach Demir Baba Teke

Demir Baba Teke is 3-4 kilometers from Sveshtari Tomb but the road is good so it’s up to you to walk or drive it. Just before the Teke (meaning a complex of Muslim religion ritual buildings), there are suitable spots to park and then there are a number of stairs downwards, leading to the very sacred spot.

What is Demir Baba Teke?

Demir Baba – meaning Iron Father, because his shoes were made of pure iron – is an Alevian saint from the 16th century (The Alevis are a specific Islamic group, read more about them on Wikipedia) who was believed to be doing miracles and also be very wise. Demir Baba Teke is a comlex of muslim ritual buildings that has the tomb of Demir Baba in the central building and hence the name.

This is not the only example of a site where sanctuaries are built one on top of the other, meaning that throughout the ages people of different religions continued to recognize the special atmosphere and energy of specific places in Bulgaria.

Despite the fact that this is an Alevian sanctuary, Bulgarians of all religions come to visit the tomb and pray for health and miracle, on major religious holidays. Which once again, confirms the religious tolerance in our country.

What to do once here?

Once you get down the stairs you will see the entrance of the tomb area and then the tomb building right in the center (you can enter the tomb building). On the left of the building is the aforementioned stone bed where it is believed that you can lie (your head pointing towards the stairs) and get your energy recharged. You should get up without any hand support.

There is also a small museum (free) which you can visit and find out more about the life and miracles of Demir Baba, as well as about the alevians in general. Demir Baba’s most famous miracle was during a period of no-rain, when he put his two fingers into a rock and spring water started coming out of it. This is exactly the spring water coming at the entrance of the area.

Even now, it is believed that if you visit the place and leave a piece of cloth there, the illness you carry with you will be gone. But there also are many other rituals for health you can make like:

Whether or not the place has healing properties is not certain. But the nature around is beautiful, the spring water refreshing and one cannot help but ponder over the magnet this place has been, for hope, faith and awe, throughout all these years.

For me this was also the first time I heard about the Alevis and I understood that there are quite a few villages with Alevis in North-eastern Bulgaria. I got a book about the life of this religious minority from the souvenir shop at Sveshtari tomb (believe it’s only in Bulgarian though).

A true gem that is right now gaining popularity, after being advertised along with Sveshtari tomb. Make sure to visit it..