Devetashka cave – one of the most picturesque natural wonders of Bulgaria

Standard by GreetBulgaria July 3, 2019 No Comments

If heading from Sofia to Veliko Tarnovo, or if, simply, you are located in Sofia or Northern Bulgaria and want to make yourself a special day trip, head to Devetashka cave. Located very close to the city of Lovech, this enormous karst cave is spectacular and very well worth any trip. No wonder it has been featured in world renown international movies.

How to reach Devetashka cave?

The cave is located near the bigger cities of Lovech or Pleven. More specific, it is 20 kms from Lovech, about 50 km from Pleven and about 200 km from Sofia. The road to the cave is good, the cave is sign posted well and you can also find it as location on Google maps. There is a free car park space just next to the ticket booth (the entry ticket is mere 3 leva / approx 1.50 euro per person), after which you have no more than 5-6 minutes of walking before seeing the giant entrance point of the cave. 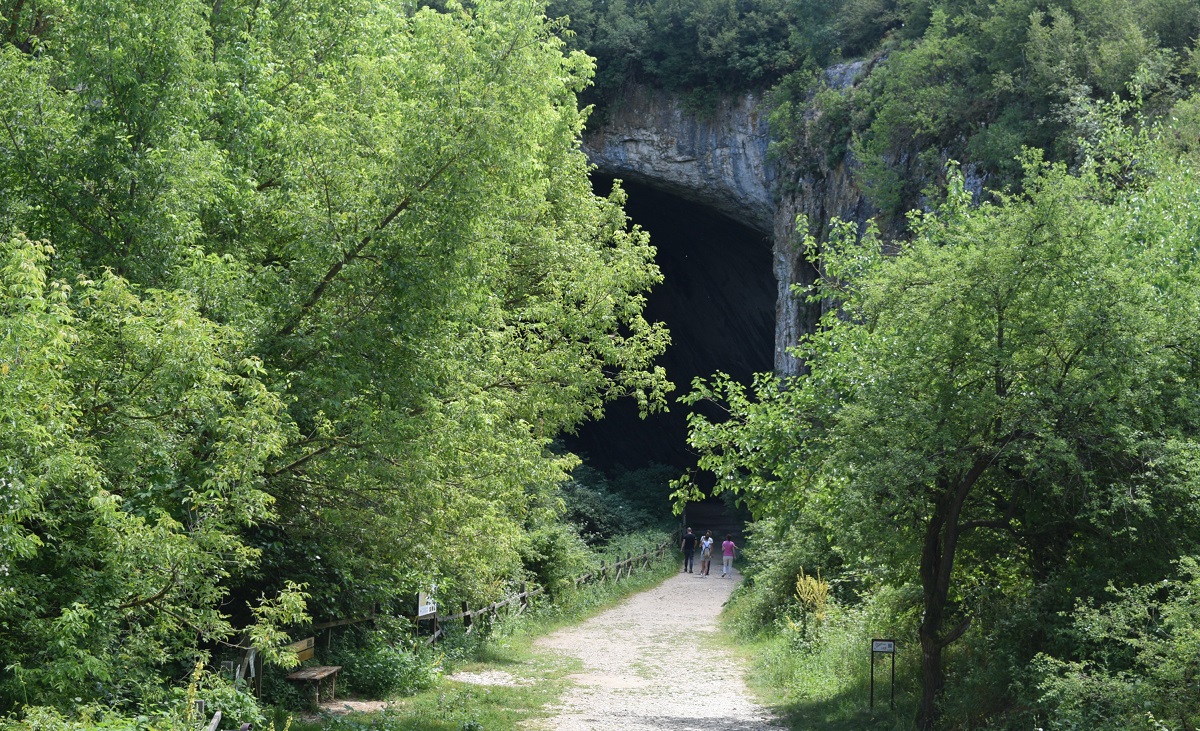 When to visit the Devetashka cave?

The cave is open all year round but have in mind it is a habitat of 33 bat species – the cave is considered one of the 3 most important habitats of bats in Europe. So when they sleep, the innermost parts of the cave would be closed so the bats would not be disturbed. Make sure not to enter the closed areas – if bats are awoken at time when there is no food for them, they would starve to death.

But the major part of the cave is open and accessible all year round and you may enjoy its beauty in full. In the summer make sure to bring plenty of water with you since no water is sold, there are only small souvenir booths on the way to the cave. There are no fountain taps nearby either.

What is there to see?

The Devetashka cave has a very curious story. In pre-historic times, it was as a shelter for humans and there are many remains proving human life existed there. (if you are interested in seeing those, they are exposed in Lovech museum “Vasil and Atanas Atanasovi”). The cave was inhabited during Roman times as well.

In 20th century, thanks to its shape and location, it has been used as a military storage for food and petrol and access to it had been forbidden to the public. A railway and bridge had been built to provide easy access to the cave storage galleries. You may still see the galleries inside the cave walls where the food used to be stored. In big circled areas in the middle of the cave used to be located the cisterns with petrol. 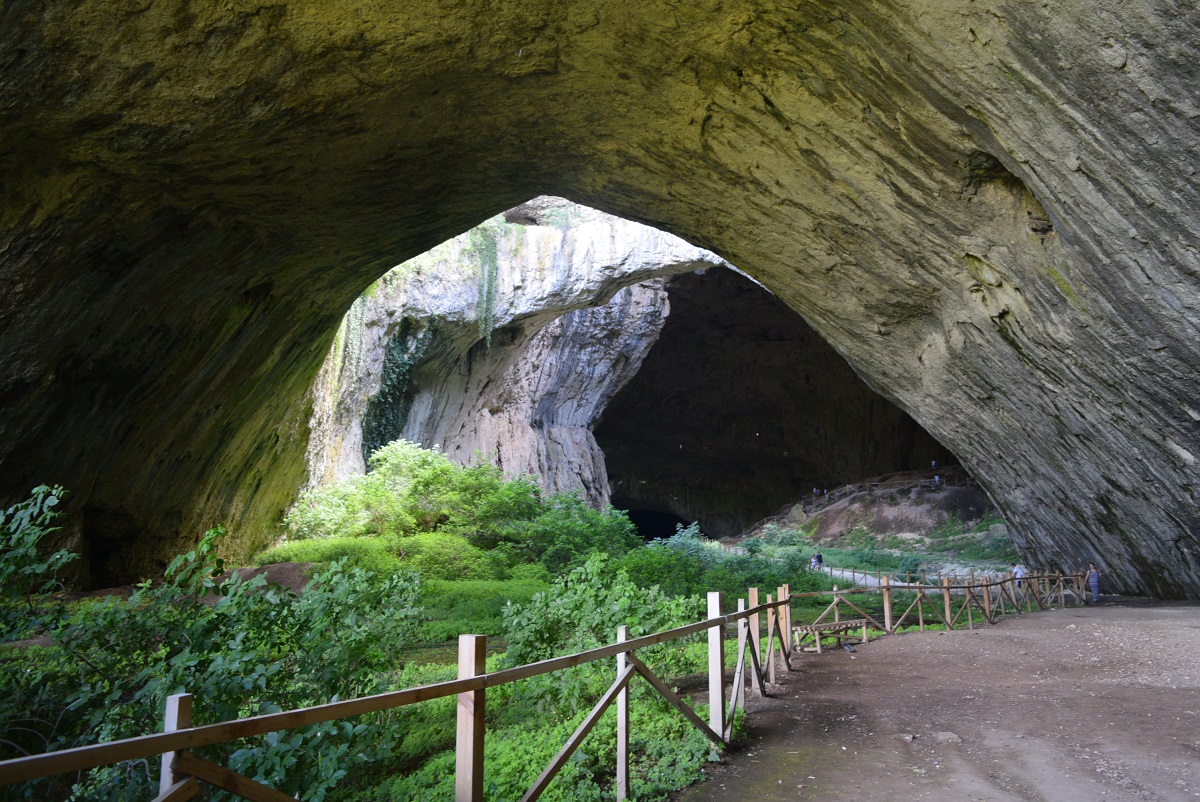 Later on, in 2011, the cave was used as the scene for shooting a movie featuring Silverster Stallone. The movie, however, had a bad fame for Bulgarians since it had been scheduled to be shot at just the hibernating period for the bats. The noise awoke many bats and with no food (i.e insects) available for them at that time, they starved to death.

Nowadays the cave is simply an amazing place to visit, especially in the hot summer when it provides an spectacular, picturesque and easily accessible escape from the heat. There are many springs coming out nearby the cave and you can see the water from them flowing just sideways in the cave. The river Vit passing next to the cave adds even more to the enchanting atmosphere of the place. Birds are constantly flying in and out of the giant openings of the cave, also referred to as “eyes”.

What else to do while in the area?


Hope this post was useful. Should you have any questions or comments – feel welcome to post in the comments below. Enjoy your time in Bulgaria!